It was really hard for me to take Dial M For Murder seriously because of the large preponderance of lamps. Hitch often placed lamps in the forefront in order to create a more indepth cinematic space. Having been obsessively watching Hitch’s films I’ve noticed this lamp thing quiet often.

Here it is in The Wrong Man 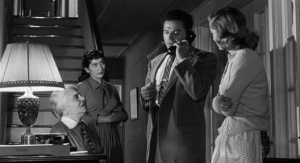 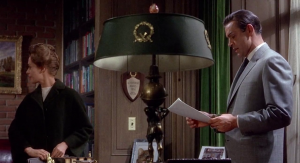 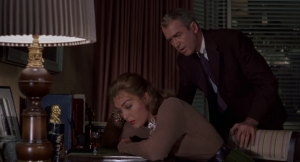 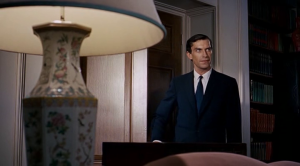 And of course, the worst offender, Dial M For Murder which actually has an entire shot that pivots around a giant green lamp. 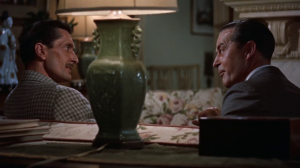 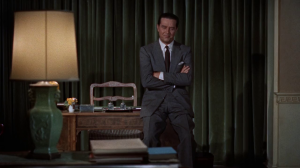 Of course, Dial M For Murder was shot in such a way as to be shown in 3D. Foregrounded objects become part of the films stylistics. I’m not sure what to think of the other ones. I’m beginning to wonder what these lamps mean. Hitch has a lot to answer for. 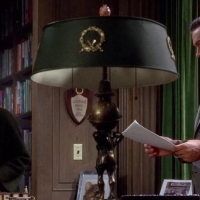 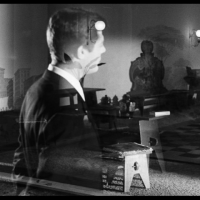