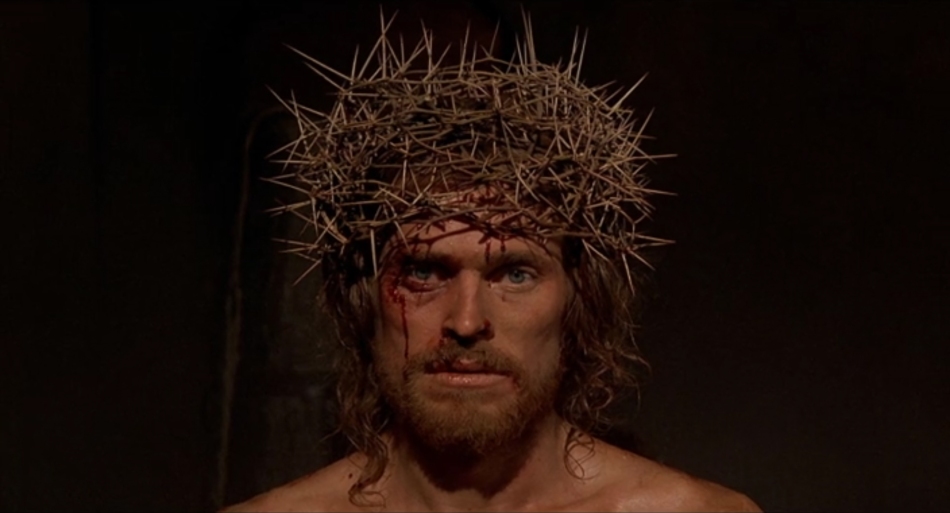 Catholic guilt is hard to shake. If you’re looking for concrete proof, you don’t need to look much further than Martin Scorsese’s filmography. From his directorial debut in 1978 (Who’s That Knocking on My Door?, in which the main character struggles with whether or not he can continue seeing his girlfriend after discovering she’s been raped) right up to his most recent picture, Silence, Scorsese has spent decades grappling with and trying to reconcile his Catholic upbringing through his work – the guilt, the desire to be better, and the lingering question of ‘what if it’s all a lie?’ that can’t ever be too far from an inquisitive Catholic mind.

I grew up on Scorsese films. Long before I was old enough to analyze and relate to the religious connotations, I was fascinated by the violence, sex, and incessant cursing – also the fact that the characters often resembled my own family.

My grandparents, on both sides, came to Canada from Italy and raised their families with a firm Catholic upbringing. By 9 or 10 years old I was an altar boy (not by choice, mind you). Going through more than a decade of Catholic schooling, all I knew was the bible: we didn’t study any other religions until an optional ‘World Religion’ course in 12th grade.

My father’s parents literally raised their children in a house next door to St Mary’s church, with my Nonna attending mass on average 6 days a week (Saturday’s off because she has to get her hair done… God understands). My sister worked at a monastery gift shop for years and I think it was around that time when she really developed her own sense of belief – which is crucial.

The difference between practicing Catholics and those who have half-heartedly accepted their parents’ and grandparents’ religion is an important one, and it’s that very journey that Scorsese often highlights and struggles with. Nearly all of my friends from childhood identify as Catholic but don’t go to church, pray, or know much about what they supposedly believe in. Scorsese seems to tackle this a lot; the idea that religion is as much a learned behaviour as it is a genuine belief. He himself was raised Catholic, and his filmography often feels like the musings of a man who’s conflicted with what he believes, and what it means to be a ‘good’ Catholic.

What hit me the hardest when I read the bible myself, at around 13 years old, was how little it actually affected me. I went into it trying to objectively understand what it was all about and why it was so important to everyone I looked up to at the time. The stories had some great messages, but I didn’t feel connected to them, nor was I sure that I really believed any of it. My reaction, then, was guilt. I didn’t feel comfortable asking anyone questions because, in my head, it seemed that the bible was simply widely accepted as truth. Then I fell in love with film.

The first movie that truly moved me was A Clockwork Orange. I had heard so much about its ultra-violence and the controversy it stirred when it was first released, so I knew I had to watch it. Now, I don’t have enough words to try to unpack what exactly this says about me, but I felt so damn bad for Alex when his friends turned on him after he was released from prison. The scene where Dim and Georgie, Alex’s former crew, now cops, attempt to drown him, broke my heart, and I still think of it whenever I recall my favourite cinematic moments.

Up to that point, I had only seen very select pieces of Scorsese’s work – Goodfellas and Cape Fear, to be exact. Soon after falling in love with A Clockwork Orange I was told by my uncle that if I really loved movies, I needed to watch everything by Scorsese– so I borrowed his Taxi Driver and Raging Bull DVDs.

It could be argued that those are two of the few Scorsese films where religion doesn’t appear to be at the forefront of the storytelling, though there are still clear undercurrents. There’s Jake LaMotta’s (Robert De Niro) struggle for redemption in Raging Bull, and Scorsese himself has commented that Travis Bickle’s (also De Niro) journey in Taxi Driver is akin to that of a saint struggling to rid himself of impurity and weakness.

Mean Streets is the first film I saw where the religious connotations really resonated with me. The story centers on Charlie (Harvey Keitel) as he struggles to reconcile his Catholic faith with his life as a gangster. This is a theme that Scorsese would focus on for decades to come. Mean Streets is a fantastic rumination on what it means to be religious while living in the real world – we may not all be gangsters, but no man is without sin or temptation.

Scorsese’s most notable, and notorious, mediation on religion came in his retelling of the story of Jesus in The Last Temptation of Christ, based on Nikos Kazantzaki’s novel. After nearly a decade of trying to make it happen, Scorsese first approached the project in 1983, but after highly publicized backlash from religious groups, Paramount Pictures pulled the plug before principal photography began. It was a crushing blow for the director, but he didn’t let the project die.

In 1988, Scorsese took another shot at the film with a revised script; the backlash was no less intense. A nun, Mother Angelica, warned viewers on the Eternal World Television Network that the film was, “The most blasphemous ridicule of the Eucharist that’s ever been perpetrated in this world.” She went on to call it, “a holocaust movie that has the power to destroy souls eternally.” Protesters showed up at several film screenings and Scorsese faced intense backlash from fellow Catholics – including a radical Christian organization that lit a movie theater on fire in Paris for showing the film. And what were they all so pissed off about?

The Last Temptation of Christ told the story of Jesus as man conflicted with temptation and sin – he felt lust for women, flirted with enticements from the devil, provoked violence, and, in a wildly controversial dream sequence, has sex with Mary Magdalene. Scorsese used the most renowned figure in the bible to exercise his own demons. The film, arguably, is brilliant, and it’s clear how close Scorsese felt to the content – but reactions were mixed at the time.

For a while, it seemed that his fascination with religion had died down – onscreen, anyway. Several of his next pictures offered very little to go on in terms of biblical narratives (Goodfellas, Shutter Island, The Aviator, The Wolf of Wall Street, etc.).

Last year, with Silence, Scorsese was able to tell another story that he’d been trying to get off the ground for years. The film stars Andrew Garfield and Adam Driver as a pair of Catholic priests who venture into Nagasaki to rescue their mentor, played by Liam Neeson. The story is set in the era of Kakure Kirishitan (“hidden Christians”), and depicts Neeson’s character, Father Cristovao, being tortured for his faith.

Silence, in many ways, feels like a direct response to much of Scorsese’s earliest works. Rather than focusing on sin, temptation, and questions of faith, it offers a mediation on strength, courage, and spirituality. The idea of being ‘tortured for your faith’ is certainly an apt metaphor for any Catholic who has struggled or felt the weight of their faith and the constant guilt of not being all that ‘God’ wants us to be.

Unlike much of his earlier work, Silence doesn’t thrive when examining the darker side of religion (or the internal and external wars it often sparks) but rather in the personal calm and strength than can be found when one is at peace with their beliefs. It seems like Scorsese himself might finally be getting there, too.

Maximilian Conte (@mconte22) keeps Eye Myth contemporary. He is a freelance writer with a background in marketing and a passion for film and television. As a staff writer for SpoilerTV, he has reported on conversations with Billy Bob Thornton, Kathy Bates, JJ Abrams, Angela Bassett, and several other respected actors and producers.

0 comments on “Martin Scorsese: Catholic Guilt and Strength of Spirit”