As a long-time fan of Jordan Peele’s comedy work, I was excited about Get Out as soon it was announced. There was little known about the premise before it was released, and there’s still some debate as to whether it’s a comedy or a thriller. Going in almost entirely blind, Get Out was one of the most thrilling cinematic experiences I’ve had in a long time. As a horror-comedy it stands alone, but add to that the heady weight of race relations in America and you’ve got a film that is both highly relevant, and deeply engaging

Get Out may have left some confused or uncomfortable, but the word-of-mouth upon release was so largely positive that the film quickly surpassed cult status and became an outright blockbuster.

During his acceptance speech for best original screenplay at this year’s Oscar ceremony, director Jordan Peele remembered how uncertain he had been that Get Out would ever get off the ground:

Peele’s concerns about such torrid subject matter alienating viewers were unfounded. Get Out quickly became a must-see film for anyone who didn’t want to be left out of the national conversation. The film has grossed $225 million worldwide, but was made on a budget of less than 5 million.

Peele has turned the typical story of the new boyfriend meeting his new girlfriend’s parents from mundane to extraordinary. Get Out’s popularity can be partially attributed to that. Who isn’t nervous or scared of such a meeting?  Suddenly it’s understood that nothing is as it seems, and the story reveals a creeping sense of the secret and unknown that lingers in the back of the mind day to day.  Peele further flips traditional horror tropes on their head with his detestable and villainous white “liberal” characters while creating an eerie slow burn that erupts in its final half-hour as Chris learns sinister truths about Rose and her family.

There is a lot that should be learned from this film’s massive success and near-universal acclaim. First, audiences want to be challenged. Get Out is so thrilling because audiences quite literally never know what to expect next. Too often the blockbusters we’re given by studios are cookie-cutter reimaginings of ideas and characters that audiences have already seen over and over. Get Out is unlike anything that came before it and proved that a smart script with a modest budget can be worth a lot to a studio in the long run.

It also proved that audiences are not scared of tough or touchy subjects. Get Out is the kind of movie that begs to be discussed at length. It sits with you for days, if not longer. Peele masterfully composed a script that is both entertaining and affecting throughout, raising questions about race, systematic oppression, and the underlying bias of so many so-called progressives who claim to be ‘woke’. The famous “I would have voted for Obama for a third time if I could,” line is chilling upon rewatch.

After defying every expectation, from box office receipts to awards season acclaim, I genuinely believe that Peele’s success here will continue to open many doors. Just a few years ago we witnessed the #OscarsSoWhite controversy, and this year’s broadcast – which was dominated by nominees that didn’t make a dent at the box office – delivered the lowest ratings in Oscar history by a wide margin. The following day, Peele’s win was more talked about than the Best Picture winner, The Shape of Water. Perhaps voters will be less inclined to ignore both blockbusters and more diverse films in the future. Many, in fact, are already speculating that Marvel’s Black Panther will be a serious contender at the 2019 ceremony.

My hope is that Get Out will inspire filmmakers, studios, and Academy voters alike in the years to come: to write daring scripts, to encourage unique points of view, to fund films that aren’t necessarily easy bets, and to reward filmmakers and stories that are bold, diverse, are dare to spark important conversations

0 comments on “Get Out: How Last Year’s Smartest Blockbuster Is Changing The Game” 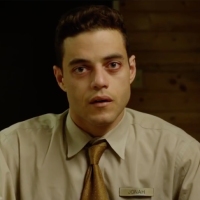