Grey’s Anatomy is a series that, for over a decade now, has worn many hats. On the surface, it’s a soapy medical drama with a notoriously attractive cast and a hit-making soundtrack. For Disney (which owns ABC, where Grey’s airs), it has generated over $3B through advertisers, streaming rights, global syndication, DVD sales, and merchandising. On top of that, it is perhaps one of the most important shows of its generation when it comes to representation and empowering minorities both onscreen and behind-the-scenes.

When Grey’s premiered back in March of 2005 as a mid-season replacement, creator Shonda Rhimes’ biggest claim to fame was being the screenwriter behind Britney Spears’ 2001 starring-vehicle Crossroads. Almost overnight, she became one of the most prominent faces of the ‘celebrity show-runners’ era. Rhimes, along with mostly white male series creators like Joss Whedon, J.J. Abrams, and Vince Gilligan, became nearly as recognizable as her cast. In particular, she was praised early on for her color-blind casting technique. During the process of finding the right actors for each character, Rhimes auditioned both men and women of any background for several roles. The result was a diverse cast of characters often championed as both ground-breaking and impressively talented.

Over the years, Rhimes has used Grey’s to tell stories that other series shy away from: stories about race, orientation, religion, sex, and death. Led by the complex, flawed, unapologetically competitive and brilliant intern-turned-resident Meredith Grey (Ellen Pompeo), the series was an outlier from the start. Rhimes has noted that, early on, ABC was worried about her characters’ likeability. It may seem common now, but to begin a new series with a young female shooing her boss out of her house the morning after a one-night stand was quite taboo. Meredith was always unlike most other female leads, which is perhaps a big part of why the show has lasted so long both as a critical and fan favorite. Meredith may not be ‘likable’ all the time, but she is nothing if not relatable. The thing is, Rhimes never set out to make easily digestible characters. Still today, she writes characters that are fierce, funny, complicated, ambitious, and as imperfect as they are resilient.

Over 14 seasons audiences have watched as Meredith grappled with abandonment and commitment issues, thoughts of suicide (remember when she almost drowned in the bathtub?), and a myriad of other troubles that so many of us tackle every single day. For years, Ellen’s co-lead was Patrick Dempsey as Derek “McDreamy” Shepherd. In the 11th season, Derek was killed off – a move that triggered a harsh backlash from audiences and had many worried that the series was done. Instead, Grey’s experienced both a creative and ratings resurgence.

Now, Meredith a single mom raising three children, the head of general surgery at a world-renowned hospital (where she also sits on the board), and romance is the last thing on her mind. “My sex drive is my work drive,” she said in a recent episode. This, despite ABC trying to force in another male co-lead. They did, but he was quickly written off. Pompeo, meanwhile, has become an Executive Producer on the series and has also directed two episodes, something she says Rhimes’ encouragement and female-friendly on-set environment allowed her to do. As of next season, Pompeo will become the highest-paid actress on any TV drama.

Shonda once noted that while she was creating Grey’s TV was sorely lacking well-rounded female protagonists. “They never got to be nasty or competitive or hungry or angry. They were often just the loving wife or the nice friend. But who gets to be the bitch? Who gets to be the three-dimensional woman?”

Nearly every single season has broken more and more barriers, and even now after more than a decade Grey’s continues to tell important stories that connect universally. In season 4, Callie Torres (Sara Ramirez) discovered that she was bisexual. In the 5th season, she began a relationship with Arizona Robbins (Jessica Capshaw). One of the first lesbian couples to be series regulars on a primetime drama, they went on to get married and raise a child together. While crafting their stories, Shonda worked closely with LGBTQ organizations to ensure that the writers were accurately depicting both the struggles and triumphs of gay couples. Callie’s father, for example, refused to attend her wedding, and at one point showed up at the hospital with a priest to talk to his daughter about her relationship. “You can’t pray away the gay!”, Callie famously shouted at him.

In season 6, April Kepner (Sarah Drew) was introduced as a devoutly Christian intern who was waiting until marriage to have sex. Over the years, we’ve witnessed as Kepner struggled to reconcile her faith with the modern world. After having sex before being married, she felt that she has broken a promise to God. Dr. Kepner has given a face to a religious community that often feels as though they’re represented only through mockery in the media. In the current season, Kepner struggled through a crisis of faith after several years of hardships that included a divorce and the death of her baby boy.

“Eloi, Eloi, lama sabachthani?” That’s what Jesus said on the cross before he died. “My God, my God, why have you forsaken me?” Job asked the question, too. But he kept the faith. And what did he get for it? Replacement children. PTSD. Was it worth it to have been a faithful servant? Or would it have been better to just curse God’s name from the beginning? Where was God throughout all of Job’s suffering and pain? He was winning a bet with Satan. Makes you wonder where He is through all of the unfairness and inequity and cruelty in the world. Where is He now?

Kepner’s struggle is one rarely examined on primetime television, yet it’s ubiquitous. Men and women of every faith struggle to understand why their lives take sudden dark turns, or why they’ve been ‘punished’, especially when they’ve worked so hard to live by the word of whatever God they worship.

In the 8th season, Christina Yang (Sandra Oh), had an abortion, sending shockwaves through the media. Even today, years later, onscreen abortions are incredibly rare on primetime TV, typically because writers are either too scared to go there or because they’re shot down by networks when they try. Often characters are talked out of it or end up miscarrying. But Yang was clear for years that her drive was always to be a world-renowned surgeon and not to be a mother. Her feeling was that she would forever resent her child if she went through with the unplanned pregnancy, and so she discussed it, made a decision, and followed through. Perhaps most ground-breaking of all was that she was never depicted as being a villain because of her choice.

Now in its 14th season, Grey’s continues to push as many boundaries and tell as many important and under-represented stories as ever. With former head writer Krista Vernoff stepping in as showrunner (Shonda Rhimes has signed a massive deal to produce for Netflix), the tone has shifted a bit. With Vernoff came a host of new surgical interns, including a proud trans man with a decorated military past (Casey Parker, played by Alex Blue Davis) and the first recurring character to wear a hijab (Sophia Ali, played by Dahlia Qadri). Casey’s coming out scene was revolutionary; he appeared for several episodes before his gender identity was ever even addressed, and after discussing it with the chief of surgery, it has yet to be addressed again. Casey is a fully rounded character with quirks, strengths, and flaws – his gender identity is but a small part of what makes him so interesting.

This season also produced one of the series’ most affecting hours ever, as a patient’s case triggered serious conversations about unconscious bias and racial profiling. When a police officer shot a 9-year-old boy who was breaking into his own window after forgetting his keys, several of the doctors were forced to confront the realities that they and their children face. Particularly touching was a scene that featured Miranda Bailey (Chandra Wilson) and her husband Ben Warren (Jason George) giving ‘the talk’ to their 13-year-old son, Tuck.

In this case, ‘the talk’ had nothing to do with the birds & the bees, but rather how to act around police.

Miranda: Don’t fight back. Don’t talk back. Do not make any sudden movements. Remember, your only goal is to get home safely.
Ben: If you get detained, don’t sign anything or… or write anything. Wait for a parent before you talk.
Miranda: And if your white friends are saying things or mouthing off, know that you cannot. You can’t go climbing through windows, play with toy guns, throw rocks. And you cannot ever run away from them, no matter how afraid you are.
Ben: Never, never, never run.
Miranda: Everything that we’re saying to you we’re saying because we want you to come home again. We want you to grow up to be anything and everything that you want to be. Do you hear me? You… are amazing. You are perfect. And we want you to stay that way.

The reaction to the scene online was immediate and strong. Countless fans thanked Vernoff and episode writer Zoanne Clack on social media for accurately depicting conversations they’ve had to have with their own children or parents, while others noted that it opened their eyes to harsh realities that friends and neighbors face. The episode sat with me for days after watching it. Possibly Grey’s greatest strength at this point is that characters like Miranda Bailey have been in our homes for 14 years now: we witnessed her give birth, go through a divorce, find love again, raise her son, etc. The gravitas of watching her sit Tuck down, with his hands behind his head, and discuss the potential dangers of police interactions was all the more affecting given the audience’s history with her character. It’s an incredible storytelling asset, adding weight to an already heavy subject that many of us won’t ever have to experience.

Tune into Grey’s Anatomy for any given episode and you’ll probably get exactly what you’d expect: good-looking doctors, wild medical cases, a great soundtrack, and some soapy storylines. Give it a few episodes, though, and you’ll recognize how truly unique it is. Shonda Rhimes has created more than a TV show: on-screen, she’s producing a series that has both given voice to and normalized so many frequently forgotten minorities. Behind the scenes, she fashioned an environment that has allowed those same minorities to prosper as actors, writers, directors, and crewmembers. When Grey’s Anatomy ends (if ever; it’s still ABC’s #1 drama by quite some margin) it will be remembered as much more than a primetime soap, and Shonda Rhimes will be remembered as the woman who changed the face of television forever. 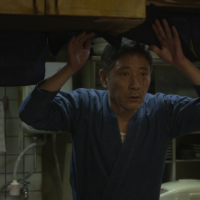