On the Air takes the form of a severely off-kilter sitcom replete with laugh-track and phoney TV advertisements edited from the preminger archives.

Ruby & Sam are a couple living on what can only be described as a grotesque suburban street surrounded by very odd neighbours. The grotesquery infiltrates their home as well. At times the film  becomes almost Lynchian as when Sam describes how his  “corpse” is being piloted by bacteria. Meanwhile Ruby falls deeper and deeper into conspiracy mongering, fuelled by a creepy radio program hosted by the “Lone Ranger” On The Air is both very funny and very creepy. The laugh-tracks are well timed to offset the most humorous images while also lending a sinister air to the imagery and the people. 0 comments on “Eye Myth in Focus: On The Air (Erin Neitzel)” 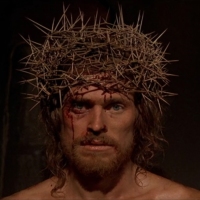 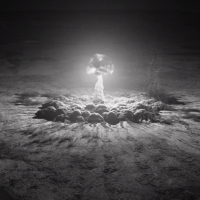